Beef steak on the grill. A delicious meat cut !!! 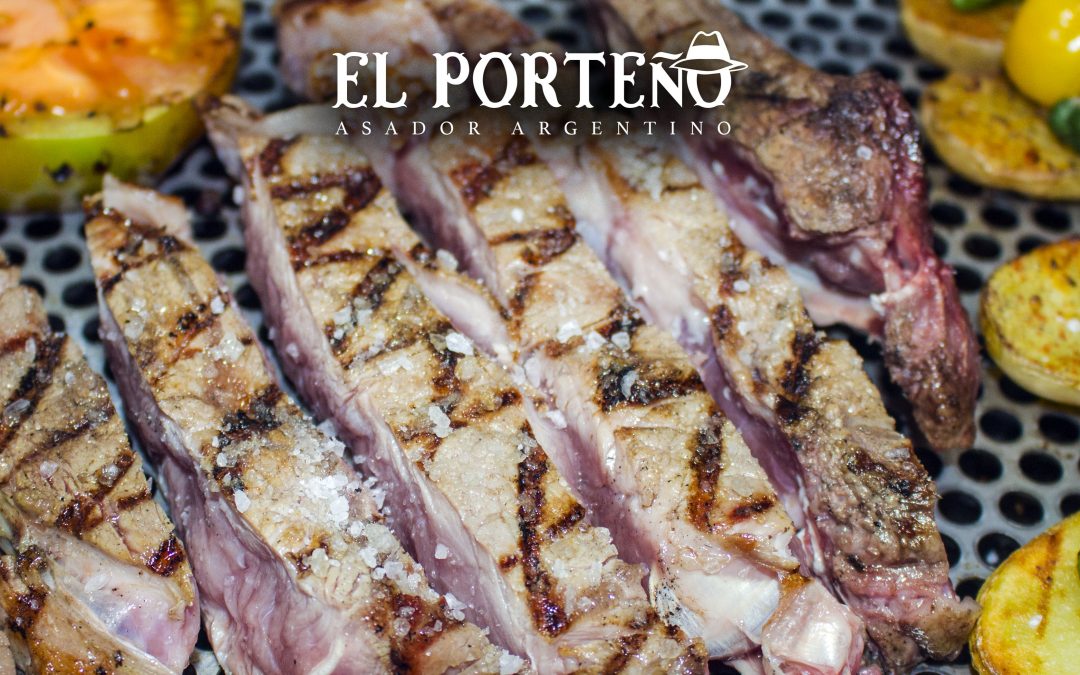 The beef steak is one of the best-known and most delicious cuts of meat. They have a high level of proteins and fat that make it have a very intense flavor and very juicy flavor and texture.

There are two moments that are key when cooking beef steak. On the one hand when you put the salt on the grill and on the other when you know if the cut in question is already at the point.

In “EL Porteño” we work on a grill where the rods are V-shaped while being slightly inclined. In this way the fat during cooking falls outside the fire avoiding the production of flame on the piece, an issue that does not interest us.

The two phases of the barbecue of the ribeye
During the roast we differentiate two phases, a first one of sealing the meat in this way, so that the juices of the meat are not lost. To achieve this we will roast the piece on both sides for a few minutes.

In the second phase the candying of cutting fats with meat juices is sought. For this reason we will turn the meat a couple of times more.

The chuletón will be ready when it has three different colors when cutting the piece. The toasted exterior color, which remains crispy, another layer of light pinkish color and in the central part an intense red color.

The right time to pour the salt (marine and coarse) is something that we take into account in the grill.

We do it after giving the first round to the piece of meat and we do it on the already roasted part. We pour plenty of salt so that the meat absorbs the salting. It is the same meat that absorbs the one that needs, later rejecting the surplus.

The presentation or plating is carried out by carving the cut, separating the meat from the bone. We present ready to share or for the intake by a guest more comfortably.